I recently visited my hometown of Champaign-Urbana, Illinois. I haven’t been back nearly enough. Some things haven’t changed. Other things have changed a lot. I got to spend time with a few people who were deeply influential to me while growing up. I took Lauren to see some of my childhood homes, and we saw a Lyle Lovett show at the Virginia Theater. Incidentally, we ran into Lovett at the Austin Airport while leaving for Champaign. He spoke with us for a few moments and seemed as stunned as we were that we were all on our way to the same show. Everything you’ve ever heard about him is true.

I made a point to rent an airplane and go flying. Urbana’s Frasca Field is where my dad bought me a plane ride when I was nine or ten years old. It was a cosmic experience for me. I got checked out in a Cessna 172 at Central Illinois Aviation, and the next day took Lauren for an aerial tour of the area. We went out over endless miles of corn and soybean, then turned in and did an aerial tour of the campus and cities.

Later, we took in the University of Illinois homecoming game against Purdue. We walked through West Side Park on several evenings, and I caught myself missing this place. 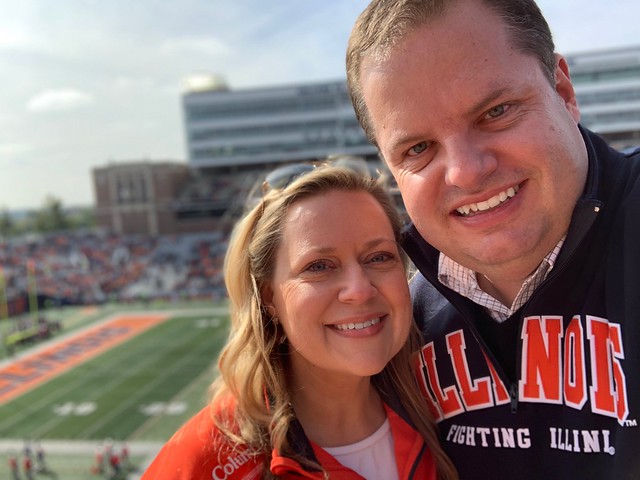